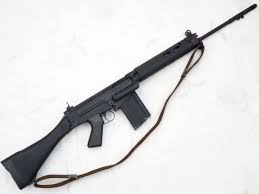 I read an article recently. It was written by an Army officer who served in N.I. and how he came close to firing on a couple of farmers thinking he’d been blocked into a country lane to trap and kill him.  Firstly I was struck by the reference to “the killings of Corporals Howes and Wood” as I knew Dave Howes personally and it brought home some of what they must have been thinking and feeling at the time and the impact it had on all other servicemen and women. But secondly it has made me think about an incident that I was involved in. How something here in England, during peace could have gone so horribly wrong. Pull up a sand bag and I’ll tell you a war story…

It was some time in the mid to late 80’s and I was serving as an SAC at RAF Wyton in Cambridgeshire. Each Flight would produce “volunteers” each week to serve as gate guards (SAP). It was the most tedious and mind numbing job imaginable… except for doing a FOD Plod. 2am on the Main Gate and you were losing the will to live. Then the “Bikini Alert State” began to creep up. Now gate guards were given pick handles… to do what exactly I never knew. Then, as my turn for a week on the gate arrived, we went all the way up to “Bikini Red”…. Woooo! We got to have guns! Real guns…. But an empty magazine. The Guard Commander dryly assured us that if we shouted “BANG!” in a loud and assertive manner it would have the desired effect. The world loves a comic. Another new twist was the introduction of “Roving Patrols” wandering at random to confuse the enemy. This consisted of a) checking the WAAF block curtains were all closed… not perving honest! b) investigating hiding places and testing them by use of lighted cigarettes and c) honing our Ninja skills by stalking the other patrols. Anything to combat the boredom.

Then one night we all received a panicky and garbled radio transmission from the guys in the “Families Gate” (entrance to married quarters) Sanger. The Sanger I should point out had been Thermally Enhanced by the camp chippies. They’d put Perspex in the windows (gun ports? Rifle holes? I’m Air Force, how would I know?) to prevent the heat from the 20w heater from escaping and the occupants from seeing out. It became immediately clear that they were face down on the floor, cowering as the Perspex was being shot out above them. They were terrified and sure as hell were not going to stand up and return fire by shouting “Bang!”

My Oppo and I briefly debated a) running to assist or b) developing a radio fault. To be honest b wasn’t really an option as even us “Brylcreem Boys” have a sense of duty and honour. We sprinted to the Guardroom and were immediately issued a full 20 round magazine and ushered into a waiting Land Rover. As we sped off we were told that the shots were coming from the hedgerow/treeline in the field on the opposite side of the road. I was reminded of my old Regiment Instructor telling me “If the enemy hides behind a tree, don’t wait for him to poke his head out… shoot the f@@@ing tree! If the bullet doesn’t get him, the bits of wood will.” So I was fully geared up to drop all 20 rounds into anything vaguely humanoid in that hedgerow and bugger the consequences. They shot first, simples.

Luckily, a civilian Police car was the first on scene. The Coppers, brave or stupid… I still don’t know which, went to investigate. Expecting IRA gunmen they found two 12yr old Traveller kids with an air-rifle pissing themselves with laughter. This was relayed to us literally as we screeched to a halt… stoked up on adrenalin and trigger happy.

We had been issued our little rules of engagement cards. I can’t remember the exact words, but you had to shout a series of warnings escalating to “Halt or I will fire” If at any time they fired or attempted to fire… you fired. It was also hammered home that you fired “well aimed shots to the centre of the body” no kneecaps, no over the head warning shots. The objective, if you pull that trigger, is to put that person down and prevent them from harming you or those you are assigned to protect. Simply put “shoot to kill”. So, what has been a comical “Dinner Party Story” for 30 odd years has a different resonance in today’s political climate. Maybe in another 20yrs the fact that I hated the IRA for killing my friend will make me guilty of a “Hate Crime”. Maybe I’ll be branded a Terroristist or a Murdererphobe. As stupid as that sounds, it’s no more stupid than what is happening now would have sounded 30 or 40 years ago.

I must have been cursed by a Chinese Philosopher for I AM living in interesting times.